A collection of 25 original song music videos in a timeless music style. Take a journey through Ivana’s dreams.

Extras: I’ll include a picture with a personal thank you message on it! If you want I’ll also autograph the CD please let me know on the “Check Out” page by Order Notes. 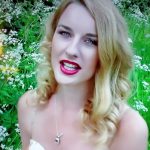 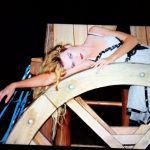 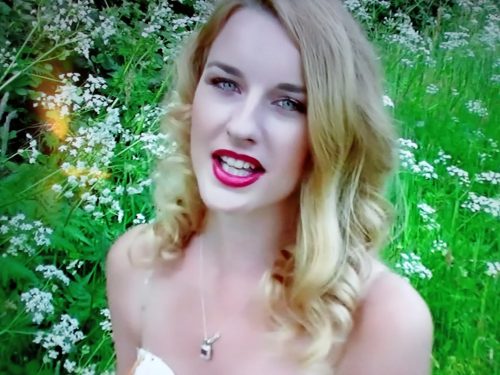 +1
Antonio Mendes Silva
Rated 5 out of 5
I'm watching the DVD "Timeless Dreams" on a large screen and it's really a dream to see the incredible beauty of Ivana ♥️ and to listen to her incomparable warm, sweet, unique melodious voice! Much love ♥️, Antonio 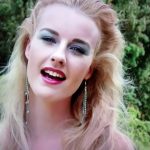 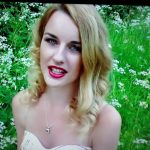 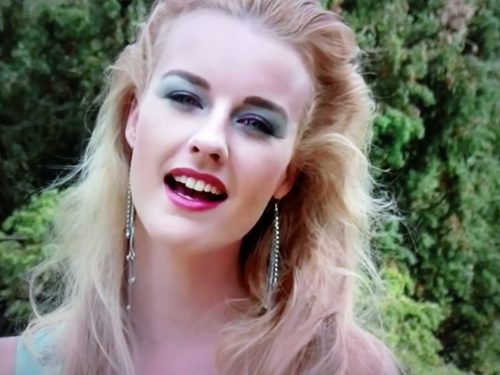 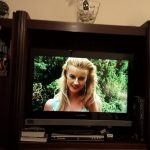 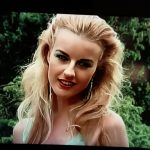 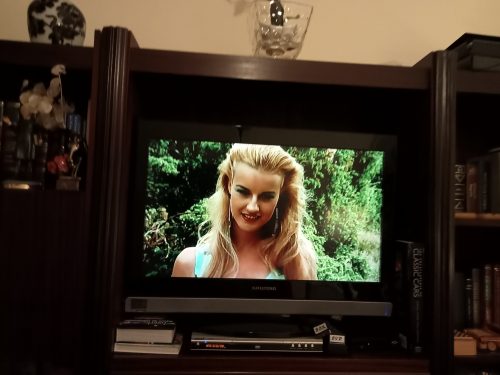 +1
Antonio Mendes Silva
Rated 5 out of 5
I received the DVD "Timeless Dreams" today by mail and, as I thought, it's really wonderful, very well done, with beautiful music videos and the most beautiful woman and the best singer in the world, Ivana ❤️. All the videos are "timeless dreams" because they are a dream of all time and they will remind forever in our hearts ❤️. Much love from Portugal ❤️, Antonio 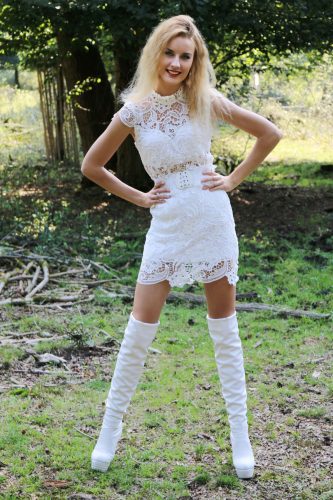 Antonio Mendes Silva
Rated 5 out of 5
I can't wait to receive your magical masterpiece! I didn't get the DVD "Timeless Dreams" yet, but I'm sure it's wonderful ❤️ because you always do a great job, beautiful Queen of Music, Ivana! 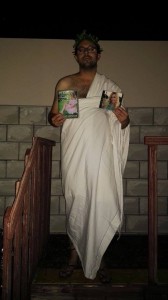 Christian Friedli
Rated 5 out of 5
Vesa Toukoluoto
Rated 5 out of 5
My highest recommendation. The Beauty, The Voice, the music and the emotional lyrics, the most beautiful smile in the world and the postcard landscape all together form the magic to this collection of 25 amazing beautiful music videos, that lovely Ivana is performing from the heart. I adore watching her dance in the nature, her bicycling with high heels and her attempt to move several tons rock. And yes, Sophie is also here. And Closer To Your Heart is one of the most beautiful music videos ever! Buy this perfect DVD and enjoy sweet Ivana's videos without any interrupting commercials. 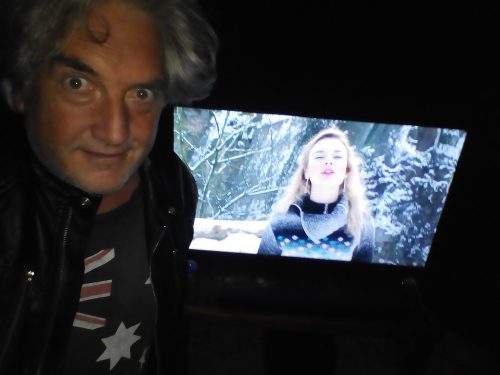 David Williams
Rated 5 out of 5
Just last night I re-watched “Timeless Dreams” on a 58-inch-screen with a friend who’d never seen a single Ivana video in his life. I was excited to see it so big but also felt a little nervous since my name's there as a sponsor, and he's mainly into horror, not song and dance. Well, I should've had more faith in the timeless value of this stuff, not to mention the awesome beauty of both scenery and singer, because well over an hour later, we had watched the whole thing through, and he picked many favourites different to my own. Just goes to show how broad the appeal of our favourite Sunshine Girl’s become after all these years. / While we both stared goggle-eyed at the electrifyingly sexual “A Feeling Inside”, the rainbow spectacle of “I Forgot How To Forget”, the leggy glamour of “I Love You” (not to mention its lovely song) along with the unmatched facial beauty shown in “Meet Me In A Dream”, he ended up feeling moved more deeply by a number of the ballads I had snobbishly written off- “When Darkness Falls” being the one he loved the most. (Ironically, the name of a horror film he owns.) Another fan I knew for years named that one too as the song that lifted him at his lowest, with Ivana all in white like an angel of mercy, chaste and pure as could be. / He loved the stunning sunset scenery in “Closer To Your Heart” considering this the standout song from the “Timeless” CD. He found the tulip field from “A Place In Your Heart” amazing, was moved and encouraged by “Love Can”, got swept away by the deeply feminine ‘50s-flavoured “Somewhere in Time” and found the photo-peppered “The Night That I Met You” to be his greatest visual experience of all, at least as far as Ivana’s modelling is concerned. I wrote this down while we were watching because for me it’s peppier fare like “Rainy Days”, “I Get Excited”, “All Roads Lead to You” and country songs in sawn-off skirts and frilly boots like “Simple Things” that float my boat, but what do I know? Only what I like. / “Je blijft me verbazen” (“you keep surprising me”) has become my favourite phrase to describe the workaholic, photogenic charmer that is Ivana. She did it again last night by impressing a rough old Aussie labourer with some of her sweetest and most innocent pieces of work. She’s got a career because the world needs what she offers: “to brighten your day” as her slogan says which, in a world of tough yet beaten-down and often lonely men, is no small thing. If you don’t own this achingly beautiful DVD which genuinely made me cry, go ahead and buy it. If you do, for God’s sake, show it to a friend. Ivana might just be the medicine he’s missing.
Peter Sengers
Rated 5 out of 5
The appreciation for your CD's "Timeless" and "Dreams" and your DVD "Timeless Dreams" is after all those years I have them still not less Ivana. It is as high as ever. Therefore I also can recommend them to anyone who reads this post from me. They are all in every respect absolute TOP-products with an excellent and unrivaled sound, in particular concerning the really very good and very heavy bass sound. You MUST hear this!!! I then also can everyone highly recommend to buy these two CD's and this one DVD "Timeless Dreams". You absolutely won't regret it!!! The experience is really awesome I can guarantee you!!! With the DVD you have of course as EXTRA the really beautiful and high quality, colorful images.
Bjarne Nielsen
Rated 5 out of 5
Dear Ivana Thank for your very beatuful music I like your dvd “Timeless Dreams” so much You are a perfect singer and sweet girl I order more music from you soon So much love from your friend in Denmark Bjarne 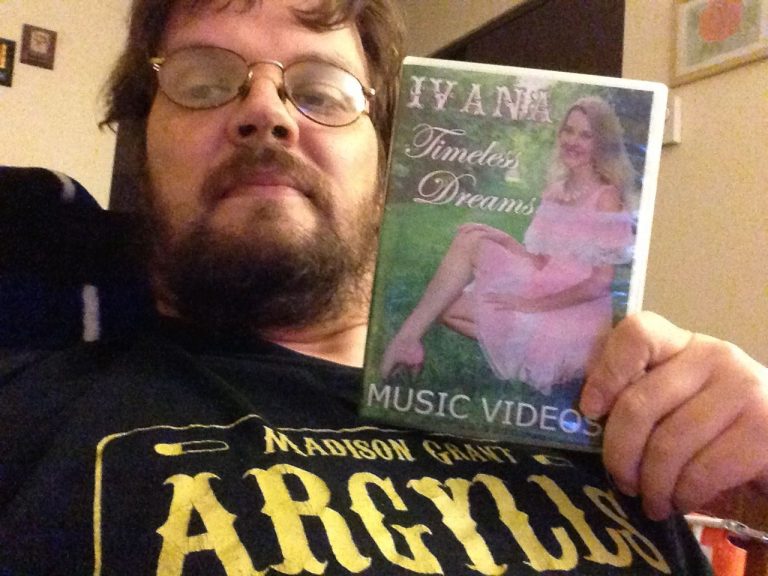 John Watson
Rated 5 out of 5
I enjoyed all the videos in this DVD. The locations are breathtaking, the music is great & Ivana is beautiful in all of them. https://youtu.be/qqw5Z1y0imI
Shaman Lady
Rated 5 out of 5
Ivana’s DVD and CDs are amazing! I enjoy listening to her varied styles of relaxing music and her DVD is artistically produced which consists of beautiful visuals and locations! Also, love, love, love all of her dresses she wore throughout the DVD!!! Ivana, you are a very beautiful and talented artist and thank you for sharing your special gifts with us! 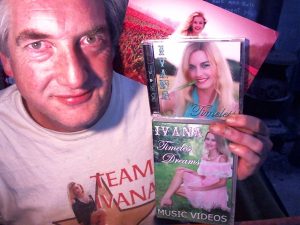 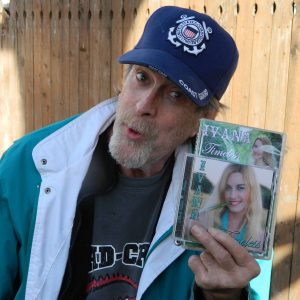 Max Zbinden
Rated 5 out of 5
Love the CD and DVD. Have two copies of the CD…one for home and the other for driving in my car. Love your voice very relaxing while driving. Ivana you are such a sweetheart and only wish you continued success in your fantastic career. Much love as always you have my support. Love Maxie Boy. <3
David
Rated 5 out of 5
Ivana is the most wonderful person you will ever get to know. She is kind, considerate, and caring for each and every one of her fans. Her music and videos are full of charm and wonder. She has beautiful scenery with her videos, and accompanies them with her beautiful voice. You will love her songs, as she pours her heart into each and every one of them. Meet Ivana, Love Ivana, You will really enjoy her music and videos!
Leo
Rated 5 out of 5
Hey Ivana, amazing DVD/CD I am very impress with it’s quality and I’m very proud of you. You are a top of the line performer, with a beautiful music, with an amazing voice, who could ask for more? This one is an extraordinary production due to the fact of hard work from you, Netty and all the people behind scenery that work hard as well to make this plan of action a reality. Congratulations to all of you, for your tenacity and dedication to such a marvelous project. With you at the top!!!
David
Rated 5 out of 5
Oh Ivana, I’m just overwhelmed with how lovely all this is. There are beauties wrapped in beauties here, featuring some of my favourite poses, outfits and settings. The colours are stunning, that’s an impressive list of sponsors (thanks for listing us alphabetically using 1st names rather than 2nds!) and that big signed picture you sent- so special, I’m touched <3 Still haven't watched or listened yet d(-_-)b More fun to come O_O xoxo 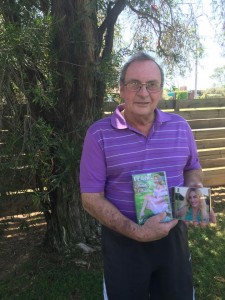 Doug
Rated 5 out of 5
There is no one I love to watch and listen to any more than Ivana, I love her singing and there is nothing better than watching her videos, so, as I would, I bought both the “Timeless” CD and the “Timeless Dreams” DVD, it’s the best entertainment package I have ever bought by far. Ivana is 95 percent of my entertainment at least,it’s very hard to go a day without playing her videos, even though I have these treasured items, plus the “Dreams” CD, I still play her a lot on line to support her even more. I also love her videos because they are done in forest and farm locations, I think the animals, and Sofie the “star”, are a very nice inclusion, and it all ads up to a very entertaining video. That’s why I love listening and watching Ivana so much, she is just beautiful inside and out, and all around <3 <3 <3 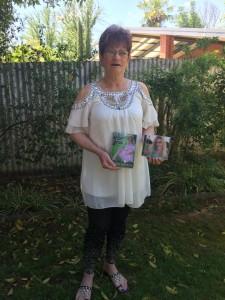 kathleen
Rated 5 out of 5
Loved watching Ivanas new video and also listening to her new cd.Ivana and her mum do a really great job . I love supporting Ivana because she puts so much into her singing and sings from her heart. I will always support her in any way I can.
Dennis Fassman
Rated 5 out of 5
Received both the cd and dvd and have been playing them both over and over. I cannot get enough of this enormous talent!!!! I think the whole world should be buying and listening to her magical, mystery masteries!!!
Martin Verkest
Rated 5 out of 5
A voice that is so pure that you can listen to it for hours, perfectly recorded music, if you hear these CD's , imagine yourself in heaven, and if you have the DVD imagine yourself in paradise
Roger Sicin
Rated 5 out of 5
Beautiful new DVD and CD. Watching this video leaves me happy every time.
William Alexander Johnson
Rated 5 out of 5
Ivana A Beautiful Angel With A Beautiful Voice !!!! Everything She Does Is First Class !!!!
Steven Angulo
Rated 5 out of 5
I am so delighted with Ivana's Timeless Dreams DVD! It's like entering a world of wonderful dreams, an enchanting land where the lovely music, the video locations, together with Ivana's mesmerizing voice and presence, create indeed a surreal atmosphere. I wish I could stay forever in this magical place and leave the real world far behind! 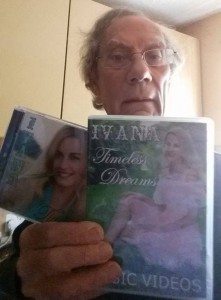 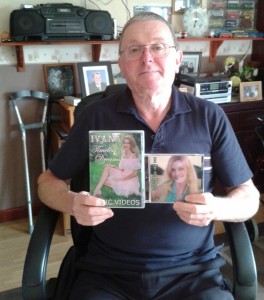 Roger Jenkin
Rated 5 out of 5
Another fantastic cd from ivana plus a very colourful dvd both of which are high quality from a gorgeous young lady with a gorgeous voice to match well worth investment. Love from Roger. Xx
andre
Rated 5 out of 5
Goede zangeres haar cd is erg mooi en dvd is geweldig
Rikus
Rated 5 out of 5
Ivana is een hele goede zangeres; daarnaast is het een knappe zangeres! Haar DVD Timeless Dreams en CD Timeless is grandioos!
Larry
Rated 5 out of 5
Ivana is a very talented person , I really love hearing her sing , such a beautiful voice . Ivana’s videos are always a pleasure to watch . She puts so much work into making the videos with her mum , what a great team they make . I just love everything Ivana does . I will always give her as much support as I can . I wish her much success in the future <3

This site uses Akismet to reduce spam. Learn how your comment data is processed.